The store will not work correctly in the case when cookies are disabled.

Free Shipping & Returns on all USA orders over $100

Why is Low Deflection Better? 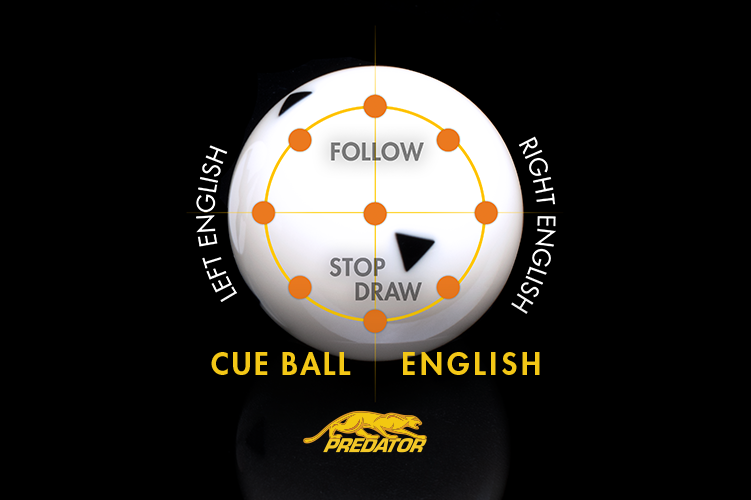 Lower deflecting cues require less compensation and therefore make the game easier. Predator first pioneered low-deflection shafts with spliced Maple shafts over 25 years ago, and more recently with the REVO carbon fiber shafts. Predator shafts are designed to reduce cue ball deflection and are the lowest deflecting shafts on the market. They greatly increase your chances of making your shot when you use English.

Put simply, a low deflection shaft is more accurate and it will help you make progress faster.


HOW TO ADJUST TO A PREDATOR LOW DEFLECTION SHAFT

If you are an intermediate or beginner and haven't learned to compensate for cue ball deflection yet, you will make progress almost instantly.

If you are coming from a standard wood shaft, a Predator shaft deflects significantly less than your previous shaft, and you do not have to adjust your aim for deflection as much with your new Predator shaft. For example, if you were used to aiming an inch to the right of your object ball target with your previous shaft to hit it where you intended using right english, you may only need to aim a half-inch to the right with a Predator low-deflection shaft.

As both a player and a teacher, I have learned that more than 50 percent of all shots are missed due to the fact that players don’t know how to adjust for deflection and that’s when they get into the bad habit of avoiding spin. Not using spin will limit their ability to play position and stops them from improving their game.

The key to playing with a Predator shaft is experimenting with different hitting speeds. With either the REVO carbon fiber shafts, or the 314-3 or Z-3 wood shafts, you’re going to feel and see a difference in how the cue ball and object balls react.

To practice deflection, use the illustrations below to set up your shot. Each depicts the aiming point and the paths the object ball will take with a Z-3 shaft, a 314-3 shaft, and a conventional shaft. Note, the Desired Cue Ball Path shown is approximate and will vary slightly depending on the shaft you’re playing with.

As you improve, practice these shots with different distances between the cue ball and the object ball. Once you get to a five to six foot range, you will need to make an adjustment and aim the object ball closer to the rail by the point of the pocket. 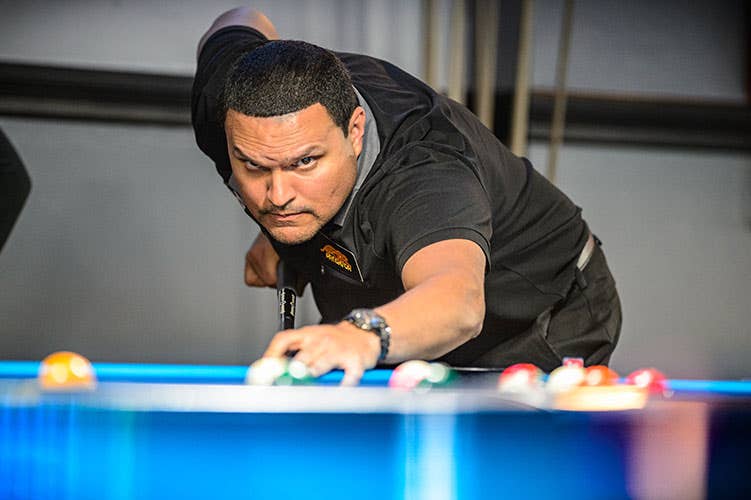 With these drills, you will quickly learn how little you have to compensate with your Predator product. You will soon realize how Predator will take your game to the next level.

With any shaft, there is an optimal point on the shaft, called the pivot point, where you need to bridge to maximize your accuracy. In simple terms, if you bridge at the correct pivot point for your shaft and your initial set-up alignment is on target, you can actually hit the cue ball off-center and still hit the 1-ball dead center.

At that bridge length, the deflection, or squirt, produced by the shaft will compensate for a stroke that deviated from its original set up or alignment.

Our Revo playing shafts have a pivot point that is around 19", allowing accuracy with a long bridge.

The optimal pivot point on the break is the bridge length that allows you to maximize your speed and gain maximum forgiveness at the same time.

The BK-Rush’s pivot point is around 19″ from the tip end.

A majority of strong breakers use a long bridge because it allows them greater acceleration and more powerful breaks. Most break cues have pivot points between 9″ and 11″ and require an extremely accurate stroke when using a longer bridge to generate speed. With pivot points longer than most other break cues, Predator Break cues gives you greater speed, increased accuracy and, much more importantly, a more powerful break.